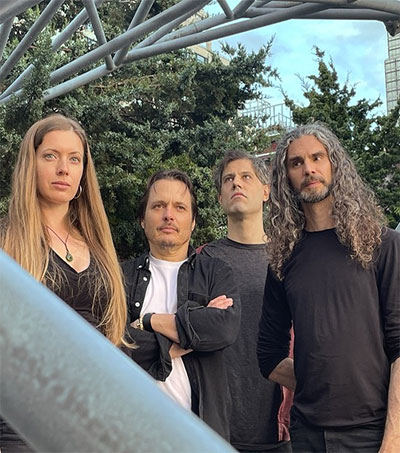 New Zealand-born composer Sally Gates, a member of New York experimental metal band Titan to Tachyons, has been described by renowned musician John Zorn as “a powerful young guitarist with a striking compositional vision”. Style Weekly’s Karen Newton recently spoke with Gates about late night promises, talking to a crowd, and what has influenced her music.

“Surrealism, science-fiction, and quantum physics [are my influences],” Gates, 35, explains. “In a type of synaesthesia, the music depicts elements such as the melting and disintegration found in Dali’s works. Motifs are unravelled, becoming angular and chaotic, as if the band was pulling itself apart. I use science-fiction storylines and images as a guide to dictate song structure and textures. Stanley Kubrick and David Lynch are also big influences, which become apparent in a sound-painting manner.”