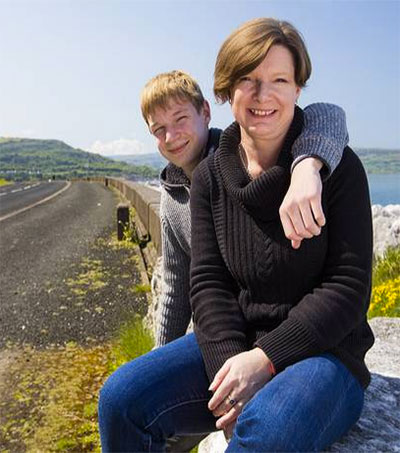 This is the Antrim Coast Road that Andrea Drove

For New Zealander Andrea Bald a recent journey along the Antrim Coast Road in Northern Ireland really was a momentous and breathtaking one as for the first time she got to see the road that her great-great-great grandfather had pioneered a century-and-a-half earlier.

The long and winding road from Larne to Cushendall is featured in a new three-part documentary series on BBC Northern Ireland, which tells the remarkable story of how that magnificent part of the A2 was built and how it put an entire community in the Glens of Antrim on the road to a brand new life.

William Bald, a resourceful and far-sighted Scot, was the civil engineer who designed and oversaw the construction of the road, but who has been largely forgotten in his adopted homeland.

The TV series called, Shaping the Coast tells how Bald drove forward with one of the biggest civil engineering projects ever carried out in Ireland after his plans were initially dismissed as hair-brained.

Andrea Bald, who is an engineer herself, was clearly happy that her 17,000-km trek from her New Zealand home to Northern Ireland was worth it.

For Bald, her visit was a voyage of discovery which she said had exceeded her expectations. And she collected pieces of rock from the coast to take home to her father.

She says: “I knew a little of the road’s history, such as when it was built. I’d seen some photos on the internet and I knew its reputation as one of the most spectacular driving routes in the world.”

Bald was accompanied on the trip by her 13-year-old son, Levi Hesseling.