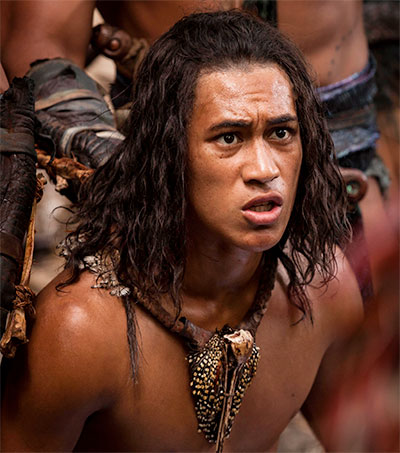 Teen Star James Rolleston on Why He’s “Nothing Flash-As”

The New Zealand actor James Rolleston who impressed in Taika Waititi’s smash hit Boy is back with two new homegrown films that wowed at the 2014 Toronto International Film Festival.

In The Dead Lands Rolleston, 17, awed festival audiences with the story of young warrior, Hongi, avenging his father’s murder in the pre-colonial era. In The Dark Horse he plays a teenage boy called Mana on the edge of gang life. This, the same Rolleston who previously charmed as the title character in Boy, New Zealand’s highest ever grossing film at the domestic box office.

Relaxed off screen, Rolleston plumbs some dark territory in his films. Hongi’s entire community is wiped out by bloodthirsty cannibals. Mana is brutally beaten up and pissed on. How does he level this subject matter in his head? “On the day I just switch into mode,” he says. “I just try and get into the character as much as I can. And when it’s all over, I’m just me again. Go see my family. Back to norms.”

For his part in The Dark Horse, Rolleston says Cliff Curtis’ intense method acting inspired him. “Really pushed my performance having him around,” says the younger actor. For The Dead Lands, meanwhile, it was the “tight” team vibe that director Toa Fraser created which helped him along. “We just all became like one big family.”

Fraser’s film unspools entirely in Maori, which Rolleston learned from his fluent grandfather at an early age, growing up in Opotiki in the eastern Bay of Plenty. He hopes the energetic action movie will inspire people to better learn the language, in addition to being “such an amping film, a mean-as story”.

Fraser tells the Guardian Rolleston is not just an extraordinary talent, but a committed one.