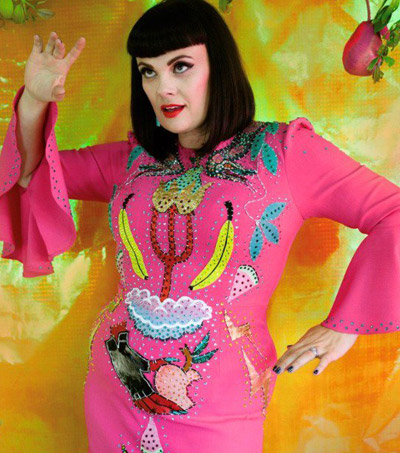 “Silver Scroll-winning soul artist Tami Neilson has shared a brassy new tune Stay Outta My Business and announced her forthcoming album Sassafrass! will be dropping this June ahead of a seven-date tour of New Zealand,” reports an article in music news site Undertheradar. Her tour will kick off in Nelson on July 26 and ending in Auckland on August 4.

“Stay Outta My Business is a sassy, brassy soul number, which finds Neilson fighting back at trash-talkers in splendidly defiant, hip-shaking fashion, paving the way for the June 1 release of SASSAFRASS!”

The album is “taking its name from ‘sassafrass’ – slang for a sassy person who isn’t afraid to speak her mind” and “places a heavier emphasis on soul music while not abandoning her country and rockabilly roots.”

The award-winning Canadian-born, New Zealand-based singer-songwriter “conjures up a wonderfully retro style that sounds like it could be a lost gem from the late ’50s or early ’60s; however, beneath the classic veneer are frank, highly relevant lyrics,” reports the article.

Neilson “has been an integral part of the New Zealand music scene” for the past decade. She has won “countless accolades and achievements to her name, including a handful of ‘Best Country Album’ awards at the New Zealand Music Awards and the prestigious APRA Silver Scroll for excellence in songwriting.”

Tags: Tami Neilson  Under the Radar