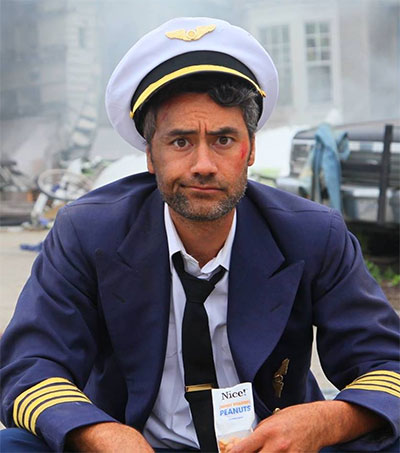 Academy Award-winning director New Zealander Taika Waititi has signed a deal with Netflix to write, direct and produce two animated series based on the works of the children’s author, Roald Dahl, The Guardian reports.

The entertainment giant said Waititi’s collaboration with Netflix would be “based on the world and characters of Charlie and the Chocolate Factory”, while the second series would be a “wholly original take” on the Oompa-Loompas, the diminutive and mysterious workers who dispense chocolate, and sometimes cautionary advice, at Willy Wonka’s factory, Alison Rourke writes for the UK publication.

Waititi, 44, won an Academy Award in February for his adapted screenplay, Jojo Rabbit, which he directed, wrote, produced, and starred in.

Netflix said the animation series of Dahl’s works would “retain the quintessential spirit and tone of the original story while building out the world and characters far beyond the pages of the Dahl book for the very first time”.

“There is something undeniably Wonka-esque about Taika’s creative flair and inimitable sense of humour and we cannot think of anyone more perfectly suited to leading the creative charge on these first of their kind, feature quality Netflix shows,” commercial and entertainment director of the Roald Dahl Story Company Gideon Simeloff said.