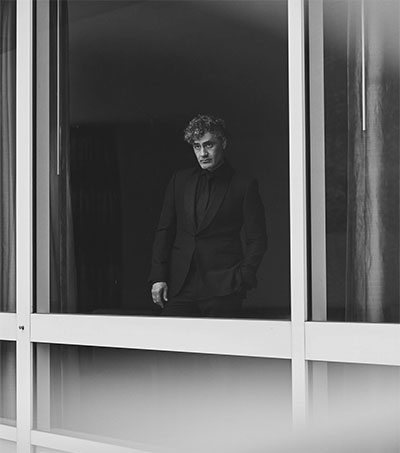 Taika Waititi Puts on a Tuxedo

His film Jojo Rabbit may be the year’s most unlikely Oscar contender: a Nazi comedy. How will the irreverent director fare amid Hollywood’s sacred rituals? Pop culture reporter Kyle Buchanan investigates for a New York Times feature on New Zealander, Taika Waititi.

“Do we have an entourage for tonight?” Waititi asked his publicist. It was just a few hours until the Governors Awards on 27 October, a major Oscar-season pit stop where potential contenders go to schmooze and be seen, and Waititi was in his hotel room, wondering if he could still add a few friends to the guest list.

“How many are we talking?” his publicist replied.

Waititi wasn’t sure. He’d never been to the Governors Awards before, but he knew he would be mingling with A-list actors and wondered if he might seem out of his depth. After all, what could a quirky director like Waititi do to compete with the crowds commanded by stars like Leo and J. Lo?

The answer, he decided, was to not take things that seriously. “I want our group to feel more like a gang,” he ultimately declared. “Joaquin and them, they’ll be the cool people. We want to be the rebels!”

In an Oscar season dominated by American masters like Martin Scorsese and Quentin Tarantino, Waititi, 44, is poised to crash their party with Jojo Rabbit, a World War II comedy about a German boy named Jojo (Roman Griffin Davis) whose imaginary best friend is Adolf Hitler. Waititi cast himself as an awfully goofy führer, and dialled the satire up to 11: The opening-credits sequence equates German nationalism with Beatlemania by playing “I Want to Hold Your Hand” over footage of Nazi rallies.

Needless to say, Buchanan writes, these are not the elements that traditional Oscar contenders are made of. “Remember that joke Kate Winslet has in Extras, where she says you’d better make a Holocaust film if you want an Oscar?” Waititi said. “People might think that’s kind of true, but there was never in my mind any reality where this film was going to be part of that conversation.”

Awards season can exhaust even the hardiest campaigner. Still, Waititi was more than game. “I won’t deny that this is a really awesome experience,” he told me. During the ceremony, he spent most of his time chatting with the Marvel Studios head Kevin Feige, but not long into the after-party, he was a magnet for guests like the Star Wars: The Last Jedi director Rian Johnson and Theron, who’d come back for a second round to introduce Waititi to her entourage.

“I think all filmmakers are just people who want to be liked, and definitely, that’s the case with me,” Waititi said. “When there’s someone you don’t know who knows your name, it’s a good boost, especially after you’ve been working in solitude for two years on something.”

“I’ve put a lot of effort in my life into being good at parties,” he had told me back at the hotel. “It’s not like I’m trying to get something out of it. I just want everyone to have a good time: ‘Let’s tell some stories and gather around the campfire!’”

And clearly, Waititi had more stories to tell. As the after-party came to an end, a friend of his murmured something about an after-after-party. The pleasantly buzzed Waititi snapped to attention, like a dog promised a treat, and before I knew it, he had escaped through a side door. The last thing I saw was that black tuxedo, escaping into the night.