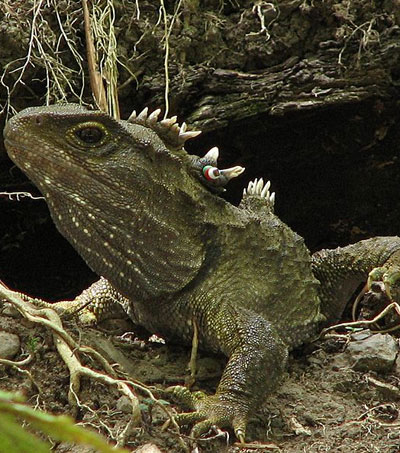 Where to Spot Wildlife in New Zealand

“Located at the bottom of the planet, New Zealand has a diverse range of landscapes in a country with a population that is tiny by world standards” and “it’s no surprise that New Zealand has equally diverse and abundant wildlife,” as reported in an article in Canada Free Press.

At the top of the North Island in Northland you can “kayak, snorkel or dive to see rich marine life and unique flora and fauna as well as the tuatara – the world’s only surviving dinosaur.”

“The volcanic plateau in the central North Island is home to beautiful and curious birds such as the North Island kokako, kaka and brown kiwi, as well as a variety of lizards.”

“Further south, in the cooler southern waters, you’ll encounter marine mammals. Almost half of the world’s cetaceans (whales, porpoises and dolphins) have been reported in New Zealand waters including the Hector’s dolphin, which is found nowhere else in the world,” according to the article.

The article recommends taking a tour at Wellington’s urban eco-sanctuary Zealandia, which “has more than 40 native bird species living wild in the sanctuary – including the rare takahe – as well as tuatara and little spotted kiwi.”

In Wellington you can also spot New Zealand fur seal colonies “just minutes from the city at the southern Red Rocks or on a longer day trip to eastern Cape Palliser.”

“Just across the water from Wellington, on the very tip of the South Island, in the Nelson Tasman region, lies Farewell Spit – a fertile sand flat stretching out into Cook Strait that is famed the world over for its prolific migratory birdlife.”