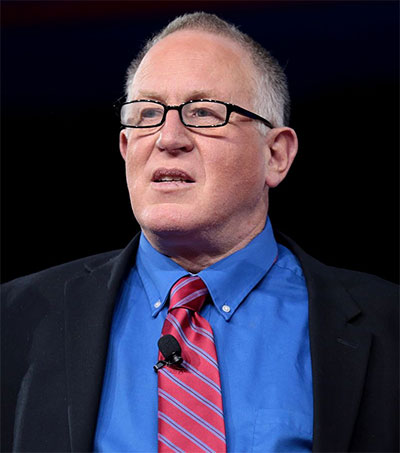 Trevor Loudon’s Enemies Within Screens in US

Christchurch political activist Trevor Loudon’s documentary Enemies Within screened recently in northern Virginia. Loudon spoke about the film for the first time at the National Press Club in Washington, D.C.

Loudon started his political action career in 1986 when he campaigned against the Soviet Marxist subversion of New Zealand; he pursued a halt to diplomatic and trade relations with the Soviet Union on the grounds that it was a “hostile totalitarian dictatorship seeking world domination.”

At the Press Club meeting, Loudon said, America, as the freest and richest country in the world, is populated by the world’s most generous, benevolent, kindly, and tolerant people. But a little bit of “naiveté and complacency” make it hard for Americans to understand “evil.” Loudon argued that it is difficult for Americans to understand that their own “senators and congressmen want to do this country harm.”

Loudon is preparing a series, America Under Siege, as a follow up to the documentary, Enemies Within.

According to Loudon, “there are at least 100 members of Congress and 20 members of the Senate who are so enmeshed in the Muslim Brotherhood, neo-communism, or both, they could not pass an FBI background check to sell you stamps at the post office.”

He said there are zero background checks for US congressmen and senators yet they are serving on the Intelligence Committee, on the Armed Services Committee, and on many others of the sixteen key intelligence committees.

Loudon is founder and editor of keywiki.org, a website which compiles dossiers on activists and political figures.

Original article by Ileana Johnson Paugh, Canada Free Press, March 1, 2017. He was vice president of the ACT New Zealand Party from 2006 to 2008.