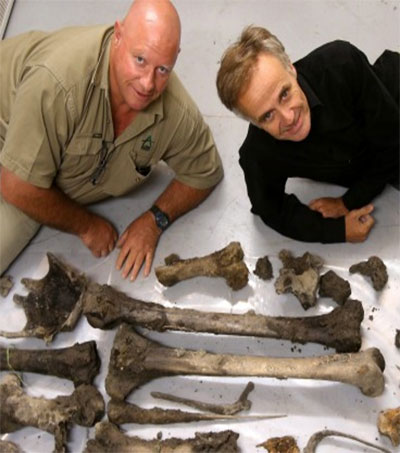 Contractors at a site in South Canterbury have made an unexpected find while digging a trench – dozens of bones belonging to the long-extinct moa.

Workers spotted the bones during excavations in an area which was once swamp land, Stuff news site reported. They have been identified as belonging to a female South Island giant moa. One of the bones is thought to belong to a smaller male moa.

Stumbling upon moa bones is increasingly rare, according to South Canterbury Museum director Philip Howe (pictured right). “This is quite a significant find because in this day and age we’re not finding moa bones all round the place like people did maybe 100 years ago,” Howe told Stuff. “A discovery is quite a chance thing – it’s not something you can just hope to go out and find.”

Alpine Energy network design and project manager Dave Sutton (pictured left) says the small size of the trench dug by his team made the discovery even more unlikely. “It’s not every day you dig a hole and find a moa,” Sutton says. “Only one small hole and this is the result.”

Among the nine species of moa, the largest stood at about 2m tall and weighed a whopping 250kg, while others were closer to the size of a turkey. Unlike other flightless birds, moa had lost all trace of ever having wings. They were hunted to extinction after Polynesian colonists arrived in New Zealand around AD1300.

How the newly excavated moa met their end isn’t clear. But Howe says finding remains of both a male and female “begs the question: was this the tragic outcome of a Sunday picnic at the swamp with the moa family?”

All Blacks lock Andy Haden, who “was an exceptionally talented, intelligent and resilient lock, among the best in the world in his era,” has died in Auckland, aged 69. The Japan… 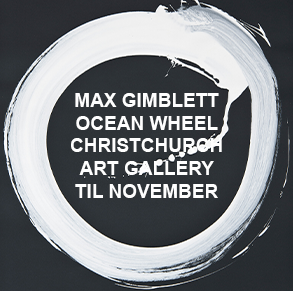