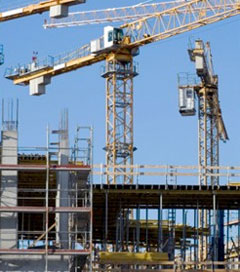 New Zealand is currently experiencing its strongest immigration flows in four years, with returning citizens vying with foreign nationals for work, in a “nation whose economy is outperforming many of its developed peers”, writes Wall Street Journal correspondent Lucy Craymer.

Rob Gartshore looked better off than most with a tax-free job in Dubai managing construction projects funded by the emirate’s oil wealth. But the New Zealander, 28, then did what few of his countrymen had readily done before: He gave up expat life and headed home. Gartshore said the chance to join the $40 billion rebuild of Christchurch, after a series of major earthquakes that began in 2010 was too good to ignore even though it meant leaving Dubai – often called the “city of cranes” because of a lengthy construction boom.“It was certainly an adjustment coming from tax-free Dubai,” Gartshore said. “But we’ve moved here for the long haul because there is certainly more security in construction work in Christchurch.”

Recent economic snapshots underscore why New Zealand is reversing a skills drain. Manufacturing activity expanded at the strongest pace in nine years in May, while consumer confidence hit a three-year high last month. Notching up nine quarters of consecutive growth, New Zealand’s economy is now performing so well that some economists expect a central bank rate increase as early as September, which would rank it among the first developed nations to tighten monetary policy since the financial crisis. The benchmark cash-rate target is at an all-time low of 2.5 per cent.