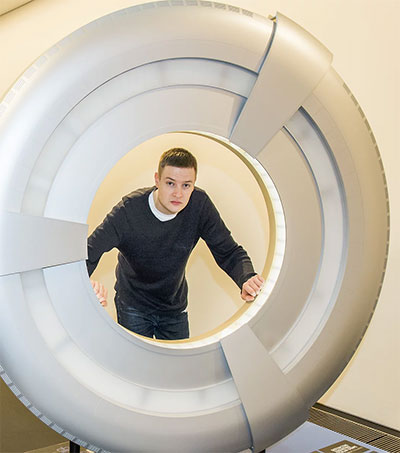 New Zealand-born artist Simon Denny’s forthcoming exhibition – Blockchain Future States – opens on 8 September at Petzel Gallery in New York City. The exhibition tells the story of blockchain visionaries, bitcoin and the future of cryptocurrency through the mediums of cartoons and board games.

The gallery will be used as an altar to worship three blockchain visionaries (blockchain is the decentralised transaction database for the cryptocurrency bitcoin and has been described as even the “the future of the internet”), or tech finance celebrities, who could potentially shape the future of how we send and receive money.

“I thought making fan art would be a more simple way to tell the story I want to tell,” Denny said. “I’m hoping to give people a wider and easier understanding of different visions of the future.”

Denny, who often apologises for the complexity of his work during interviews, gets easily excited and almost giddy when explaining how much fun he has making art out of dense, financial jargon. “It’s a dense idea and it puts a lot of people off because of its language but it’s really something that’s moving things,” he said.

To break it down, Denny has created an exhibition that explains blockchain through games – specifically the Risk board game and Pokémon cartoons. “I tried to make it accessible to people who haven’t heard of a cryptocurrency in a fun and easy way,” Denny said.

The exhibition features a giant Pokéball alongside a cut-out of the Pokémon protagonist Ash Ketchum as a starting point to explain the lingering bitcoin mystery: who really invented bitcoin?

Denny represented New Zealand at the 2015 Venice Biennale. He is a graduate of Elam School of Fine Arts.