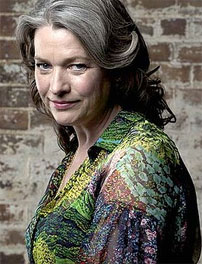 Wellington-born actress Kerry Fox, 46, best known for her early films, including Jane Campion’s An Angel at My Table, Danny Boyle’s Shallow Grave and Michael Winterbottom’s Welcome to Sarajevo, is in rehearsals for the Sydney Theatre Company stage adaptation of Ingmar Bergman’s 1976 film Face to Face. She plays Jenny, a psychiatrist who appears to be losing her mind. The story features a number of dream sequences and the actors have been sharing their night terrors. Asked how she would describe the role, she says: “I suppose I would use the words ‘excruciatingly painful’.” Fox appeared in Cruel and Tender for the Young Vic, in 2004, an adaptation of Sophocles’s tragedy The Trachiniae. She was described as “wonderfully caustic and abandoned” by The Independent. Face to Face opens on 11 August at the Sydney Theatre.