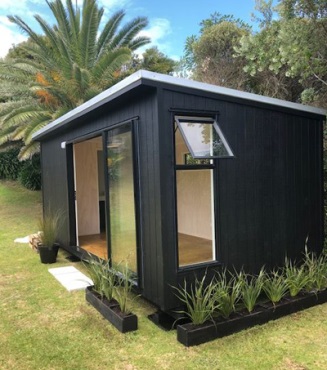 Sale of Portable Cabins Booms in NZ Amid Housing Crisis

“The sale of portable cabins is booming in New Zealand, where a housing crisis means hundreds of thousands of Kiwis can no longer afford a home or even a rental.” Eleanor Ainge Roy reports for The Guardian.

“Transportable housing manufacturers say their businesses have ‘quadrupled’ in the past few years, with many New Zealanders unable to see any viable solution to their housing woes other than the cramped, transportable homes, which can be shifted into the back or front yards of properties owned by family or friends.”

“The housing crisis is fuelling the demand, people can’t afford their own home, but they can afford a reasonable amount of rent per week so they put a cabin on their mum and dad’s property,” aid Shane Savill, director of Dream Time Cabins.

“House Me national sales manager Bryce Glover told RNZ that his company’s production of transportable homes had quadrupled in the last three years, and while the housing crisis was the main driver, the trend for tiny homes was also contributing.”

“New Zealand house prices are among the most unaffordable in the world, with Auckland the seventh most expensive city to buy a home, and all three major cities considered ‘severely unaffordable’ by the latest Demographia international housing affordability survey.”