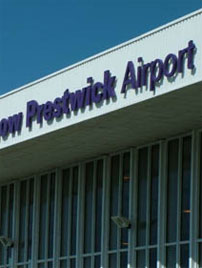 Owners of Glasgow’s Prestwick Airport, New Zealand-based infrastructure investment company Infratil, are putting the property up for sale. Infratil has said it is also looking for a buyer for its British airport, Manston in Kent. The company said the sales are the result of a decision to refocus where it plans to invest. Glasgow Prestwick chief executive Iain Cochrane said: “This decision comes from a re-focusing of Infratil’s investment profile and has been under consideration for some time.” Stagecoach sold Prestwick Airport to Infratil in 2001 for £33.4m. Infratil was founded in 1994 by Wellingtonian Lloyd Morrison, a merchant banker, who died in February 2012. He was 54.