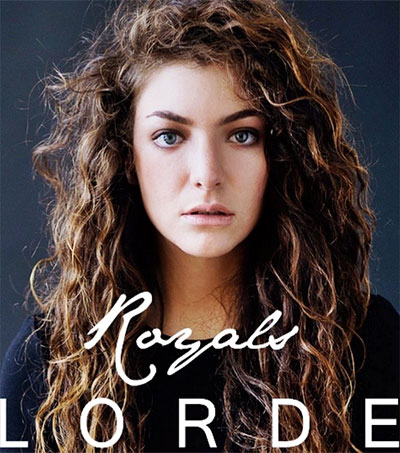 “Just four years after it was first released, Lorde’s breakout single Royals has been certified diamond in the US after moving 10 million units. The New Zealand-born singer-songwriter first released Royals as a free download (which is almost impossible to believe at this point), and it didn’t take long before she and those she works with realised they had something truly special on their hands,” Hugh McIntyre writes for Forbes.

“The odd pop song quickly made its way onto singles charts all around the world, and over a period of months, it worked its way up, eventually peaking at No 1 in the US, the UK, her home country, and many other territories,” McIntyre reports.

“Once Royals had peaked at the top, Lorde was a certified star, and her debut album Pure Heroine not only broke into the top 10, it spun off another big hit, Team, which peaked at No 6 on the Hot 100. Earlier this year, her sophomore album Melodrama gave her a No 1 on the Billboard 200, which means she has now owned both the singles and the albums chart, which isn’t something every major artist can boast about.

“The single earned Lorde three Grammy nominations (in addition to her album being nominated as well), and she took home Song of the Year and Best Pop Solo Vocal Performance.

“Lorde’s biggest smash to date is now one of just 16 singles in US history to earn a diamond certification, and it benefits from being released in an era when tracking how many copies a song has sold and how many millions of times it has been streamed is much easier than ever before.”