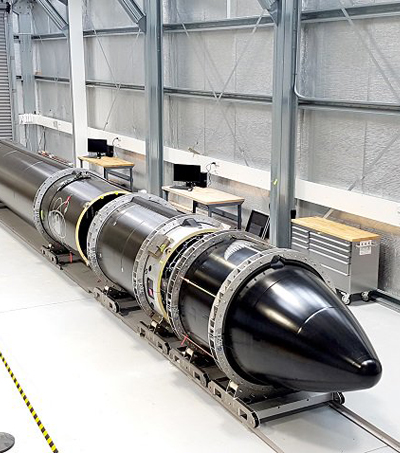 Small satellite launch company Rocket Lab has announced that the first of its Electron rockets has arrived at its launch complex in New Zealand. “Its arrival commences a series of test items that need to be crossed off before the company embarks on its first test flight,” writes Alex Knapp in an article for Forbes.

“The rocket, dubbed It’s A Test will be the first of three rockets the company plans to launch to orbit before beginning its commercial launches for customers. If successful, these will also be the first rockets launched to orbit from New Zealand.”

“Through the innovative use of new technologies our team has created a launch vehicle designed for manufacture at unprecedented scale. Our ultimate goal is to change our ability to access space,” said Peter Beck, Rocket Lab’s CEO in a statement.

Rocket Lab’s approach to building rockets is a unique one – “mass production of rockets.” “The Electron is composed of carbon composites that are both lightweight and strong” and the engine “is primarily constructed with 3D-printed components and can be put together in a few days.”