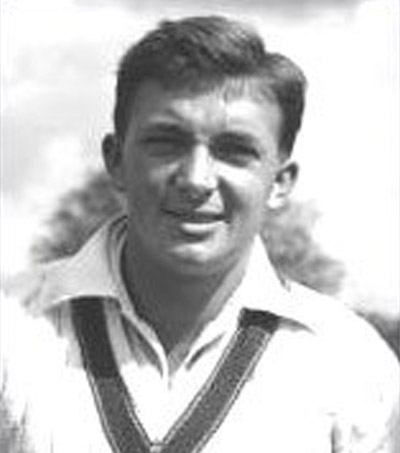 The cricketing career of Richie Benaud – Australian captain and the first man to take 200 wickets and score 2,000 runs in Tests – was had a critical intervention by Timaru chemist Ivan James. In a tribute to Benuad, who died on April 10 aged 84, The Independent’s editor Amol Rajan unearthed the story of a 1957 match between Australia and New Zealand being played at Timaru.

Benaud had contracted dengue fever in India the year prior and needed sulphanilamide to stop him blacking out. When visiting pharmacist James for a supply, James noticed bloody lacerations on Benaud’s fingers resulting from his spin bowling. They were so bad Benaud was contemplating calling a halt to his bowling. “At which point James,” writes Rajan, “who had treated many ex-servicemen for ulcers caused by gassing, suggested he tried something called Oily Calamine lotion. This Benaud duly did, perfecting the art of healing and protecting the spinning fingers that would bring him to greatness.

“I have always thought it wonderful to think that, had he not reached over with his left hand in that Timaru chemist six decades ago, you and I would most likely never have heard of him.”

Additional reporting on Stuff by Chris Hyde records that “The treatment instantly worked and the skin was toughened so that even prolonged bowling spells didn’t produce cracking,” Benaud wrote. “The word genius is much over-used in our society. Mr Ivan James turned out to be a genius. There has never been one moment of doubt in my mind that walking into that chemist’s shop in Timaru saved my bowling career and was one of the key reasons why from that moment I moved into top gear as an important all-rounder in Australian cricket.”

Benaud went on to become the voice of Australian cricket for five decades and, says Rajan, “perhaps the greatest Australian of his generation, whose exquisite voice and perfect diction defined the summers and childhoods of countless people – myself included. When he explained the mechanics of leg-spin bowling, focusing particularly on an overweight, peroxide blond genius called Shane Warne, I was in paradise. By the time of his death, he had become our Yoda, gone but not forgotten. I commend his spirit to the living.”