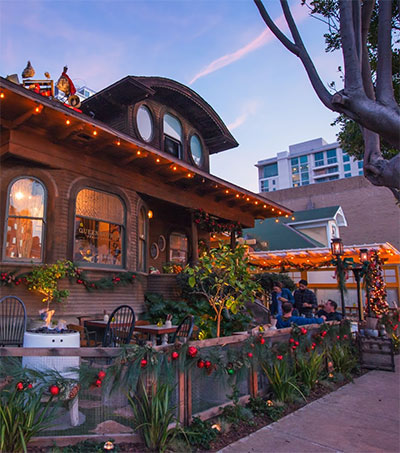 “[The Queenstown Public House is a] romantic 100-year-old Craftsman house with a porch, tables in the garden, round windows, roof overhangs, and even a garden brazier,” Bedford says.

“The Kiwilango’s a basic beef burgerette with jalapeños, blue cheese, tortilla chips, and hot sauce in a focaccia. Or you can go vegan with a black-bean patty.

“But, this being New Zealand-themed, you pretty much have to love the national obsession, lamb. Bare Lil Lamb’s patty comes with blue cheese, mint jelly, and beets in a focaccia bun.