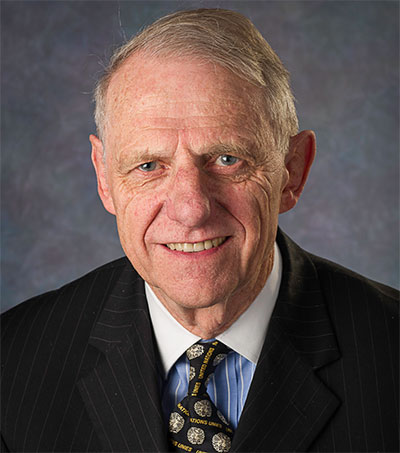 New Zealand-born Professor Roger Clark, a public international law, human rights and criminal law scholar, has been nominated for a Nobel Peace Prize in recognition of his work on a lawsuit on behalf of the Republic of the Marshall Islands, which was devastated by nuclear testing.

Clark is part of a group of lawyers representing the Pacific nation.

Between 1946 and 1958, the United States detonated 60 nuclear bombs on the islands, the equivalent of 1.7 Hiroshima bombs detonated daily.

The country has launched a legal bid to hold the nine countries in possession of nuclear weapons accountable.

Clark, who is now based in New Jersey, began his law studies at Victoria University. He said in a statement he thought it would be a hard case to win, but he thought they “had a shot”.

Hearings on the case begin next month.

The Nobel Peace Prize Laureates will be announced in October, with a ceremony in Oslo, Norway, scheduled for December.

Three New Zealanders have won Nobel Prizes – two for chemistry, Ernest Rutherford in 1908 and Alan MacDiarmid in 2000, and Maurice Wilkins for medicine in 1962.

Clark has played a significant role in international human rights law – notably in helping to establish the International Criminal Court in The Hague.