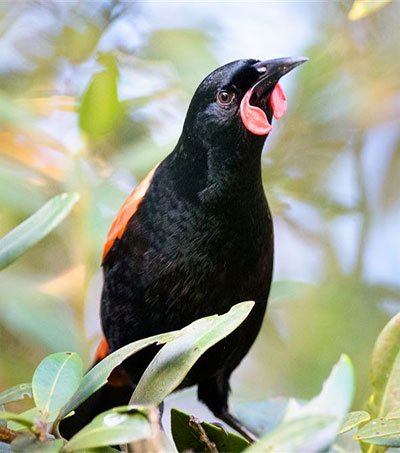 “Across the world conservation groups, researchers and volunteers are working to combat the key drivers of biodiversity loss identified by scientists,” Max Benato writes for The Guardian in a story that looks at “five great projects” protecting nature, including New Zealand’s own Predator Free 2050 campaign.

“New Zealand is at the forefront of [dealing with invasive species] and has committed to eradicating stoats, possums and rats by the middle of the century under its Predator Free 2050 plan, using a mixture of trapping, hunting, poison and technology,” Benato reports.

“The aim of Predator Free 2050 is to ‘return the voices of the insects, bats, reptiles and birds back to the forests, farmland, towns, cities and coasts’. Currently, 74 per cent of the country’s native terrestrial birds, 84 per cent of its native reptile species and 46 per cent of vascular plant species are threatened with extinction, or at risk of becoming threatened, according to the Department of Conservation. But in the five years since Predator Free 2050 was launched, the numbers of birds such as kea, kākā, kākāriki, the Antipodes snipe and the tūī have all increased, according to a five-year progress report.”