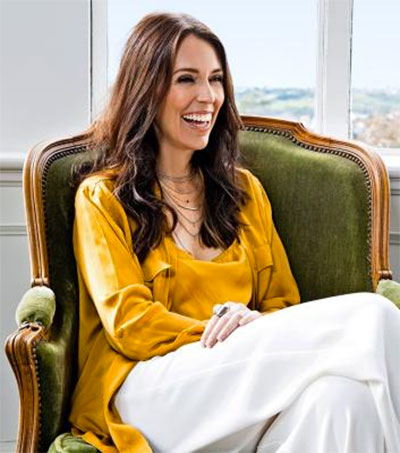 Jacinda Ardern is not your average prime minister, Times political journalist Alice Thomson quickly learns. The second prime minister after Benazir Bhutto, in 1990, to be pregnant while running a country, is down to earth. While Theresa May spent her youth running through wheatfields, Ardern enjoyed DJing. She goes to music festivals, watches Marvel films, does her own social media and wanders around barefoot.

Only a year ago no one thought she stood a chance. But voters in New Zealand opted for the “pragmatic” 37-year-old Labour woman who had worked for Tony Blair.

After 100 days in office she says she is now comfortable in her job. She is taking only six weeks’ maternity leave. “We will play it by ear,” Ardern says. “I can create space in my office [for breastfeeding and nappy changing], my partner can help a lot, so can my family. There are lots of things that will make it easier for me than other women.”

She is also determined to stress that she isn’t Wonder Woman. “This is not proof that women can have it all, there are sacrifices in every choice. I don’t want to create the impossible idea that women can do absolutely everything.”

In her first 100 days, she has cracked down on foreigners buying residential property in Auckland. “It doesn’t mean we are not open to foreign investment but we want it in a productive economy that will benefit jobs. We don’t want someone who has no interest in New Zealand buying a house in Auckland, keeping it empty and just banking on capital gains. That is not good for us, so why would we do that?” But she is welcoming of those who make their home in New Zealand. “We are a nation built by immigrants. My great-grandmother emigrated from Scotland. Our problem is that at the moment we are not always offering decent housing.”

Her plan is to build more social housing as well as 100,000 more affordable homes in the next ten years. She also wants to halve child poverty in 20 years. “People abroad keep asking where I fit on the political spectrum. I am a progressive, an idealist and hugely pragmatic.”

There is a new generation of leaders across the world, including President Macron in France and Justin Trudeau in Canada who are more centrist. “We have a duty to make sure everyone has the dignity of a decent job with a decent wage. We can do something about social isolation, some of these big new challenges are within the reach of politicians to solve. People have lost trust, we have to win it back.”