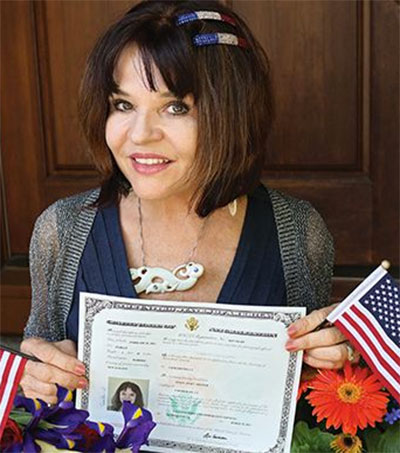 After many years of photographing the Carmichael Independence Day Parade in Sacramento, California, newly naturalised US citizen, Susan Maxwell Skinner will this year ride in its first division as Grand Marshal.

“4 July has always been my favourite American holiday,” says the New Zealand transplant. “I feel a huge emotional response at celebrations. I’m grateful to the nation that accepted me; I love to share its pride.”

Skinner became a US citizen in March of 2017.

“At the naturalisation ceremony, I was nostalgic surrendering my Green Card,” Skinner says. “That bit of plastic was a faithful friend for more than 30 years. When my US passport arrived in the mail, I knew I had had something even more precious in my hand. Millions of people dream and sacrifice for the freedom it promises. Some of the greatest US patriots I know are immigrants.”

Skinner led Carmichael’s Chamber of Commerce in 2002; has authored thousands of local stories (many for the Carmichael Times) and produced a photographic book called Carmichael – Americana on the Move. She was twice voted ‘Best Photographer’ in the Best of Carmichael contest. The photojournalist is also a singer with the John Skinner Band

Waving from a classic American Mustang, Grand Marshal Skinner will be among about 800 participants in the 60th annual Elks Parade.