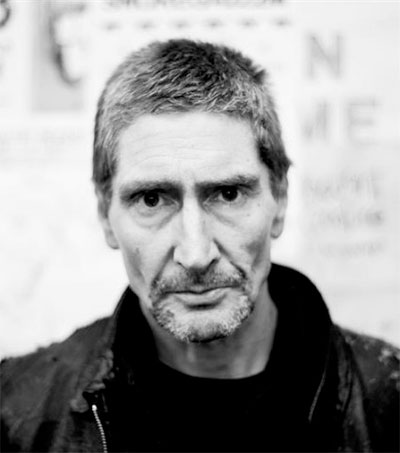 In a scene of unsung heroes, one of the least sung will be making no more music, changing no more lives from his place on the periphery. Peter Gutteridge – described as “a true hero of New Zealand music” by Flying Nun, the label that has released so many of his recordings – has died, the Guardian’s Michael Hann reports.

Gutteridge, who was in his early 50s – no one seems to know exactly how old – had been a founder member of arguably the two most important Flying Nun groups, the Clean and the Chills, though he didn’t have a lot of time for the latter. “It was too controlled for me. There wasn’t enough room for me to really explore stuff,” he said in a rare interview last year, with unusual frankness for a man from a small place, in a music scene where everyone knew each other.

In fact, he didn’t care for a lot of the music he was considered a founding father of – the music known as the Dunedin Sound for the South Island city it came from. Hence the group he would form in the late 1980s, Snapper, had little in common with the jangly melancholy of the Dunedin Sound. They sounded like a band who took drugs, and in that interview last year Gutteridge took quite a scornful attitude to those who view drugs as no more than a bit of fun: “Most people take hallucinogens and never take them again. That is the common thing. They have a brief phase in their life when they take them. I, on the other hand, take hallucinogens. I take them on a serious level. Not for amusement.”

One of the great sadnesses of the original Flying Nun groups is how few of them ever gained the recognition they deserved. In later years, the Clean became well regarded on the American college rock scene, getting namechecked by Pavement. But for most of them, part of what was arguably the greatest per-capita concentration of talented musicians in the history of pop, there would never be more than a degree of fame at home, and scattered and adoring cults abroad (and if you think I’m joking about the concentration of talent, think of this: Dunedin has a population about the same as Slough’s. Within a short period in the early 1980s it produced the Clean, the Chills, the Verlaines, Look Blue Go Purple, Straitjacket Fits, Tall Dwarfs and many more). Yet they inspired a fierce devotion.

Whatever Gutteridge’s feelings about his peers, he did not exist in a vacuum: part of what drew people to his work was the knowledge of the other Flying Nun bands. But it’s true, he was different: if Flying Nun felt oddly cuddly, Gutteridge seemed spiky. He was the tartness to offset the sweetness. He didn’t make much music, but he was an important musician. He deserves to be – and will be – remembered.