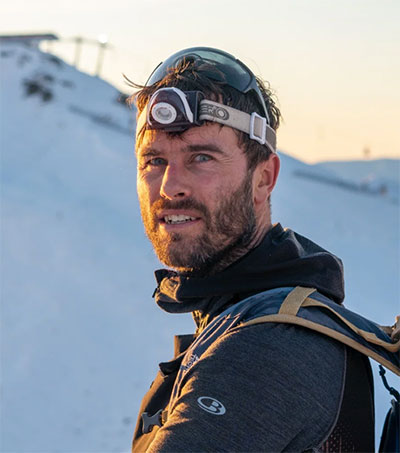 This June, in a partnership with Eden Reforestation Projects, Oswald launched ‘Ski for Trees’, a campaign aimed at supporting vital reforestation efforts in Madagascar. He proposed to hike and ski 20,000 vertical metres by the end of September to raise funds to plant 20,000 trees. A Blenheim-born freeskier confronting an ecological crisis in Madagascar may seem like an odd headline, but Oswald is a globalist when it comes to environmentalism, Grover writes.

“At the end of the day, we all breathe the same air,” Oswald says. “So their problem is our problem is everyone’s problem.”

His singular ski focus is on accumulating metres and planting trees. He’s overwhelmed by the support Ski for Trees has received so far. As of August 24, Oswald has raised funds for 42,306 trees, shattering his initial goal of 20,000. The campaign goes until 30 September and Oswald has no intention of slowing down.