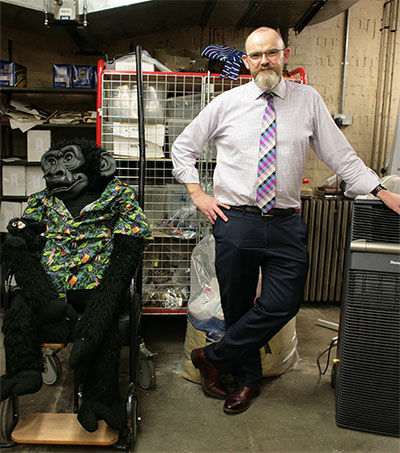 As many as 1200 items arrive at Transport for London’s lost property office on Baker Street each day, revealing what the city’s inhabitants value enough to recover – and what they’re happy to let go. New Zealander Paul Cowan runs the depot, the biggest lost property office in Europe, which is beaten globally only by Tokyo.

According to the latest transparency data published recently, and for the first time in such granular detail, Cowan’s team sorted through 332,077 items in the year to March.

The data reveals a startling array of items passing through the transport system, handed in from hundreds of stations, not to mention myriad bus depots and umpteen cabs.

And, as the data reveals, very few are claimed. For example, of the nearly 13,000 keys handed in to lost property last year, just under 1400 – a “tiny fraction” – were returned to their owners, says Cowan. Overall, 20 per cent of stock is claimed within three months; after that time, stock passes into TfL’s possession – and it’s not necessarily the items you’d expect.

“As a society, we haven’t become risk-averse so much as risk-aware,” Cowan explains. “Most people don’t bother to even look when they lose their keys. They assume they’ve been compromised and change the locks instead.”

Cowan’s hunch is that many people approach loss as an opportunity to treat themselves to something new. “Exhibit A,” he says, gesturing to a 40-inch TV, stashed away next to a size 13 pair of Nike hi-tops.

There’s a lifesize gorilla, handed in a couple of years ago, which was adopted by the crew and named Eddie.

But much of it goes to charity. Clothes are immediately sent to one of the three main organisations TfL supports, while other bits and bobs, such as cosmetics, are cobbled together into care packages for charities. Toys go to disadvantaged children during the annual Christmas run.

As a loss-making part of TfL, Cowan’s depot work is at the social-mission end of public service. “Dealing with the city’s transport can be very impersonal,” Cowan considers. “We want to be the bit that puts the human element back.”