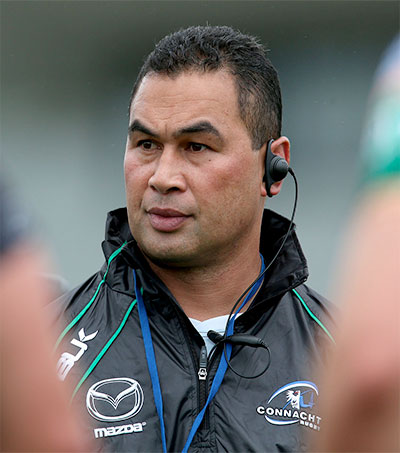 Pat Lamb Stays on at His Transformed Connacht Club

New Zealand-born head coach Pat Lam, 46, has transformed Galway’s Connacht club from a development side for provincial rugby players to one genuinely competing with the best teams in UK’s Guinness PRO12 competition.

And the highly-regarded former Samoan international has been rewarded with a new deal that keeps him in Ireland until 2018 and should boost the province as they look to return to Europe’s elite with a top six finish this season.

Lam has been credited with a dramatic change in culture on and off the field in Connacht that has seen the province turn heads after a superb start to the season, which brought famous home interpro wins over Leinster and Munster.

And such is his vision for the club, he has also helped attract big-name players like Bundee Aki and All Blacks legend Mils Muliaina to the club from New Zealand while developing local talent from across the province and other parts of Ireland, as well as making the whole club a part of the wider Galway and Connacht communities.

Connacht Rugby chief executive Willie Ruane said: “[Lam] has instilled a real culture of belief amongst the senior team and that has had a big effect on the rest of the organisation as well.”

Lam is from Auckland. He played for Samoa first in 1991 and went on to make captain, representing the country in three World Cups. He retired from international rugby after the 1999 tournament.