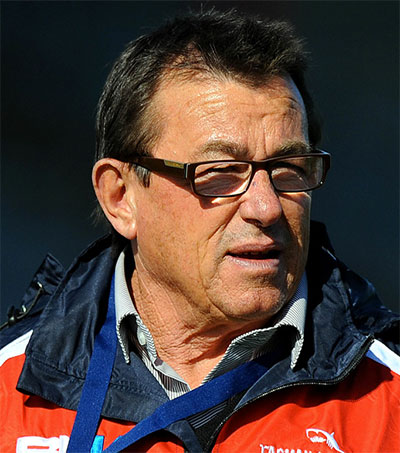 Kieran Keane has just arrived in Galway, Ireland to take up his new post as Connacht coach, replacing fellow New Zealander Pat Lam who has moved on to a role with Bristol.

Known as a slightly eccentric character from his time in New Zealand rugby, Keane earned the moniker ‘The Mad Professor’ because of his tendency to think deeply about the game. He says he becomes enveloped, and cannot stop dissecting his opponents and scheming for his team.

“I’m a terribly competitive human at the best of times, but I don’t think it would be interesting to talk about what I think [we can accomplish], ‘can we do this and can we do that’.

Christchurch-born Keane, 63, represented Canterbury at a provincial level, and was a member of the the All Blacks in 1979.