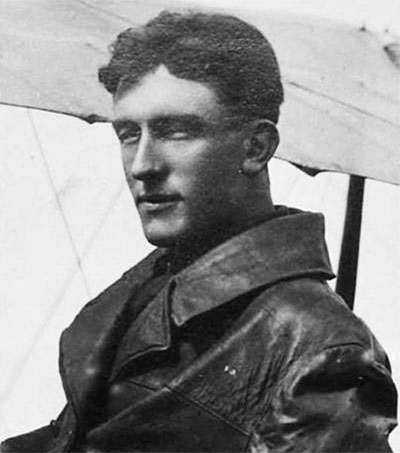 Wanganui-born Hori Morse served as an auxiliary in Tralee, County Kerry, Ireland during the War of Independence, when the town was international news. In 1921, he began an affair with a married woman and would himself become a front-page story, Ryle Dwyer reports for the Irish Examiner.

Tralee was probably the most troubled spot in Ireland at the time. The Black and Tans had been imposing a reign of terror on the town, in retaliation for the seizure of two colleagues on the night of 31 October 1920.

Details of ‘the siege’ of Tralee were reported on the front pages of daily newspapers from Boston to California.

After the truce was agreed in July 1921, Morse went for a three-week break to Llandudno, Wales, where he met Hilda Emily Hunter, who was to become the early love of his life. Five years older than him, she was married with three young children, in Coleraine, but the meeting with Morse was love at first sight for both of them.

Morse shot Hunter unintentionally in Adelaide, Australia whilst she was ashore awaiting a boat to South Africa.

“I bent over and kissed her,” Morse later testified. “I would rather the bullet had struck me than her. I realised that I had killed the woman I loved.

“I felt I could not live, and determined to end my life,” he added. “I again drew my revolver from my right-hand pocket and fired to shoot myself, but missed. I fired again, holding the gun against my body.”

He apparently tried to shoot himself in the heart, but the bullet went through his left lung, exiting through his back and embedding in a door behind him.

He was taken to hospital, where he survived. He was then charged with Hunter’s murder, and his trial was over in less than a week. He claimed the killing was accidental, but the jury convicted him of murder, and he was sentenced to hang on 5 July 1924. His sentence was commuted to life in prison.

In August 1934, Morse was duly released for good behaviour, after serving ten years.

He returned to his native New Zealand, and settled in the Wigram area of Christchurch.