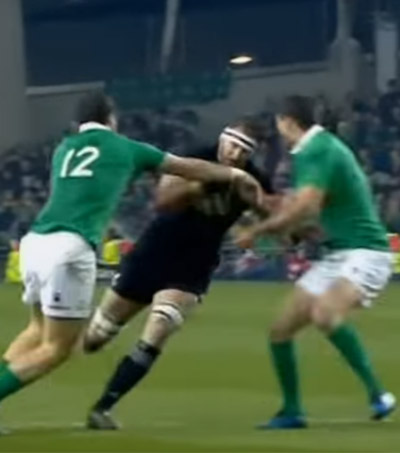 “Two weeks after their 18-game winning run was ended by a 40-29 defeat to Ireland in Chicago, New Zealand reasserted their hegemony with a victory that was a lot less convincing than the score may have suggested,” as reported in an article in The Telegraph.

“Ireland dominated both territory (69 per cent) and possession (66 per cent). Yet defensively the black barricades proved impenetrable and there were enough moments of class, mainly from the majestic Beauden Barrett, to ensure that lightning would not strike twice after that first defeat in 111 years a fortnight ago.”

“I am pretty happy. Two weeks ago, this team suffered their first loss and created a bit of adversity. Today was all about seeing how they would stand up to that. So to come out on top 21-9, three tries to none and defend for long periods of the game I think they answered some questions about their character,” said All Blacks coach Steve Hansen.

“The match started at a furious, frenetic pace, which hardly abated,” according to the article.

Tags: All Blacks  Ireland  Telegraph (The)