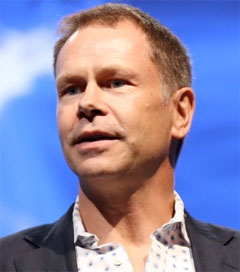 New Zealander Vaughan Smith, 46, vice-president of mobile partnerships and corporate development at Facebook, was a speaker at the 2013 Mobile World Conference in Barcelona in late February. Smith’s session examined the pros and cons of mergers and acquisitions, joint ventures and partnerships. The mobile dominion within Facebook puts Smith in charge of an application with almost 500-million users. “It’s just the most exciting thing,” Smith says. After heading the setup of Telecom’s e-Commerce arm in the late 1990s, Smith moved to Silicon Valley. “This place is amazing. If you are tech-minded, coming here, it’s the right thing to do.” Smith has previously been vice-president of corporate development at eBay. He has a PhD in electrical engineering from Canterbury University.