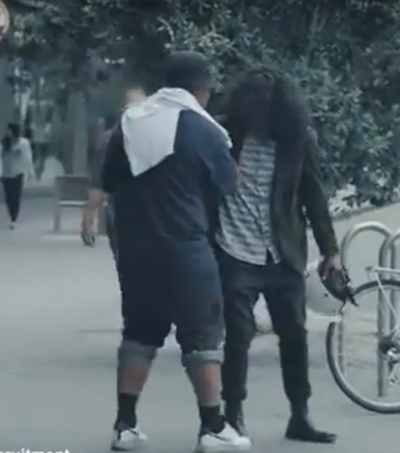 The New Zealand Police have released yet another unique recruitment video as part of their “Do You Care Enough to be a Cop” initiative. The clip shows a drunken man trying to ride his scooter home and films real life passers-by, who mostly ignore the man.

Out of 100 people, who walked past 21 stopped to check on the seemingly drunken man.

“Bro, you can’t drive like that bro. You’re not even endangering yourself, you’re endangering everyone else on the streets. You can’t even stand still,” said one passer-by to the struggling man.

The ‘Do You Care Enough to be a Cop’ social experiments “film real life passers-by to gauge their reaction to situations police commonly have to deal with.”

The first video of the series “featured a young boy in a busy city street who was filmed eating out of a rubbish bin”. “In the second video a man seemingly in pain was shown lying down on the pavement as people walk past.”