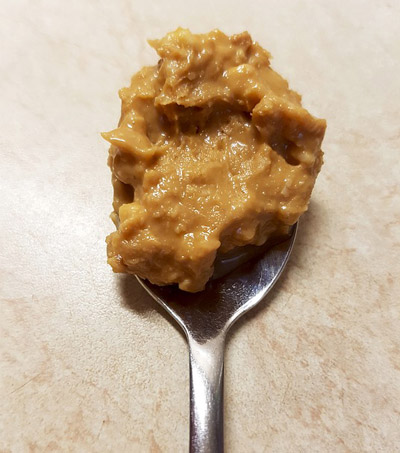 How NZ Peanut Butter Inspired This Couple to Make Their Own

After returning to the UK in 2012, after seven years in New Zealand, Stuart Franklin and his wife Kathryn “found they were missing one thing about New Zealand more than anything else: peanut butter.”  Not the kind “laden with palm oil, sugar and preservatives; it was the pure stuff they craved, made solely from peanuts. Such a thing is big business in Australia and New Zealand, early adopters of peanut butter. In the UK six years ago, it was a scarce commodity,” writes Andy Welch in an article for The Guardian. It was that craving for natural New Zealand style peanut butter that made the Franklins set up Proper Nutty in 2014.

“From a rented factory space in Dewsbury, West Yorkshire, the pair make two varieties of peanut butter – one slightly salted, one unsalted – and sell directly to customers from their website and supply independent retailers all over the UK.”

The demand is so high that Proper Nutty will have moved to a new factory just outside Huddersfield by the end of March, where production will increase from 1,000 jars a day to 1,000 jars of peanut butter an hour.

Peanut butter’s sales march is no flash in the pan, said Franklin. “We’ve seen double-digit growth for almost 10 years now, which is one of the reasons we’re investing in the new factory. The market for artisanal, pure peanut butter was in its infancy 10 years ago. That’s why we started our business – we couldn’t find what we wanted on the shelves anywhere.”

“The market for spreads is worth just over £512m a year, according to figures compiled by Kantar Worldpanel. Honey is out in front, with a 25% market share, while jam (20%) clings on to its second spot for dear life. If sales of peanut butter continue at their current rate (2017 saw a 17.1% increase on the previous year) and sales of jam continue to dip – down 1.5% on 2016 – peanut butter will overtake preserves this time next year,” writes Welch.

“Where nutritionists once warned us to be wary of fat, more contemporary thinking has sugar as the enemy. It is this turnaround by the nutritional community that helps explain peanut butter’s sales boost. Among fitness heads, peanut butter is treated as something of a wonder substance, high in monounsaturated fats, which have been proven to help lower cholesterol, reduce heart disease and lower blood pressure,” writes Welch.