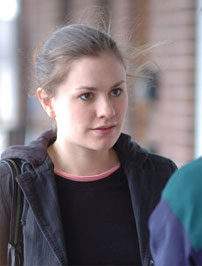 Nothing of the Golden Girl

A pre-True Blood Anna Paquin stars in the recently-released Margaret as 17-year-old Lisa Cohen, a senior at an upper West Side private school. The New Yorker’s movie editor Richard Brody writes that Paquin “brings a surprising combination of awkwardness and determination, with nothing of the golden girl.” New York Daily News reviewer Elizabeth Weitzman, who gives the film four out of five stars, writes: “While running a trivial errand, she inadvertently causes a bus accident that leaves the victim (Allison Janney) dead in her arms. Everyone in Cohen’s circle is impacted not just by the accident but by her response. In class and at home, she imbues political issues with personal fervor and reflects the liberal conundrums of her community with uncanny precision.” Matt Damon and Jean Reno also star; Kenneth Lonergan directs. Paquin next stars in independent film Free Ride, which takes place in late 1970s Florida.