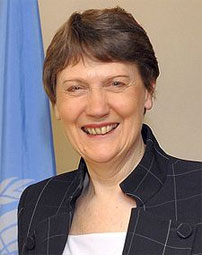 Helen Clark, the first woman to be elected prime minister of New Zealand and now an administrator of the United Nations Development Programme (UNDP), is included in an Intelligent Life special called ‘Inspiring Women’, in which she names her own inspiration, former prime minister of Norway Gro Harlem Brundtland. “I have always seen her as a highly empathetic figure,” Clark says. “There are so many similarities. We both come from small developed countries with strong social democratic parties and traditions, we both became leaders of our country’s Labour Party, and we were both long-serving prime ministers. After retiring from politics in her country Brundtland became the head of the World Health Organisation (WHO). I came to head the UNDP. Seeing Brundtland tread that path showed me that it could be done … I hope that my life will continue to follow the path that she blazed.”