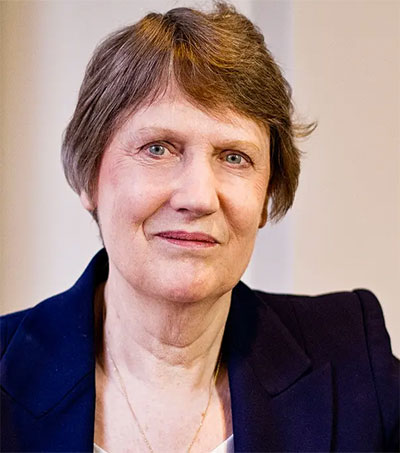 More than 30 female world leaders including current and former heads of state have called for a fightback against the erosion of women’s rights, with one former minister singling out countries led by “a macho-type strongman” as part of the problem.

Helen Clark, the former prime minister of New Zealand, and Irina Bokova, the Bulgarian politician and former Unesco director have joined former Argentinian foreign minister Susana Malcorra in launching the campaign, which includes the release of an open letter.

The letter calls for “the need to achieve full gender equality and empowerment of women across all ambits” and has been signed by dozens of prominent women, including Christiana Figueres, former executive secretary of the UN framework convention on climate change, Ethiopian president Sahle-Work Zewde and former Irish president Mary Robinson.

The campaign came about after Malcorra, Clark and Bokova were struck by the same urgent concern at last year’s UN general assembly in New York – that the rise of populism and decline of multilateralism meant that hard-won gains in women’s rights were being eroded.

“We had a sense that there was another wave of pushback on gender equality and gender empowerment and the policies that we worked so hard to achieve,” said Malcorra, who served as foreign minister from 2015 to 2017.

Malcorra added that even in countries without strongman leaders, women should guard against thinking their rights were safe. “We are worried that we take for granted what we have. That, in our view, is our biggest weakness.”

“First we haven’t arrived to where we should be: equality in every possible field. Second, the things we have obtained, I refer to the case of abortion in the US, this is an ongoing process that has a pushback … we need to defend what we have achieved before. We cannot be comfortable and we feel that in certain ways, what’s done is done.”