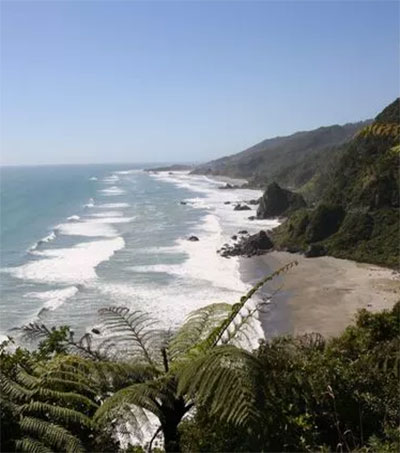 An American college lecturer travels with his wife to New Zealand and found that “while beauty is in the eye of the beholder,” he “found New Zealand to be the most beautiful country” he had ever visited. “Think about the Oregon and California coast along the Coast Highway, but on steroids,” Ernie Dowling writes for Florida Today.

“Throw in a dash of Bavaria, Switzerland, Hawaii and the Irish countryside all rolled into one gorgeous setting after another and you get the idea of the natural beauty of this country.

“The plan was to hike in New Zealand as often as possible. And we were not disappointed.

“First, there are no bears or snakes in New Zealand. If that doesn’t relieve some of the concerns about heading into the woods, nothing will.

“New Zealand should be on just about everyone’s bucket list. It really is beautiful and the people simply can’t be friendlier.”