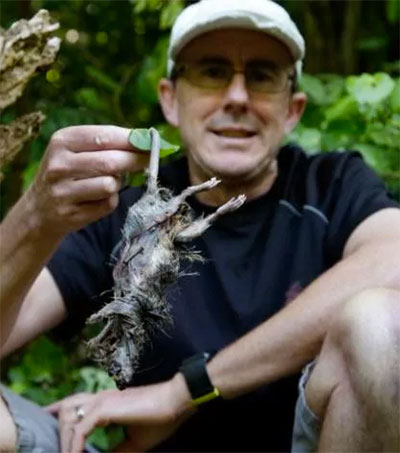 New Zealand has set itself an environmental goal so ambitious it’s been compared to putting a man on the moon: ridding the entire nation of every last rat, possum and stoat, The Telegraph reports.

The idea is to give a second chance to the distinctive birds that once ruled this South Pacific nation. When New Zealand split away from the supercontinent Gondwanaland 85 million years ago, predatory mammals hadn’t evolved. That allowed birds to thrive. Some gave up flight altogether to strut about the forest floor.

Then humans arrived, bringing predators with them. Rats stowed away on ships. Settlers introduced opossums for the fur trade and weasel-like stoats to control rabbits. The pests destroyed forest habitats and feasted on the birds and their eggs. More than 40 species of birds died out and many others remain threatened, including the iconic kiwi.

Now people want to turn back the clock. Yet the plan sounds impossible. How do you kill millions of vermin across a country that’s the size of the United Kingdom? How do you ensure a few furtive rats won’t undo all the hard work by surviving and breeding?

The goal has been embraced by many, although even its strongest supporters say it will require scientific breakthroughs. Some critics argue the plan should also have targeted feral cats or worry mice numbers might explode if rats disappear. Others say the effort is underfunded and overly ambitious.

The Goodnature company in Wellington is coming up with its own innovations. It has developed traps that use pressurized carbon dioxide to reset themselves. Left alone, one trap can kill 24 rats over six months.

Robbie van Dam, a company founder, says that cuts down on the expense of employing trappers, which is particularly useful in remote areas. Van Dam says the company is now investigating the use of drones to help place traps.

Original article by: Associated Press, The Telegraph, May 12, 2017