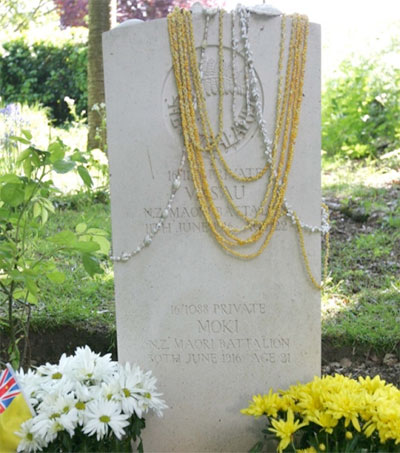 During World War I, New Zealand soldiers, many from the Maori Battalion, including a self-declared Niuean prince, arrived in the small East London village of Hornchurch and formed a strong bond with residents.

The location was Grey Towers, a mansion which was transformed into a camp and chosen in January 1916 to be England’s first depot for the New Zealand contingent.

In his book Hornchurch during the Great War, published in 1920, Charles Thomas Perfect said: “There were few Hornchurch folk who did not feel honoured by the prospect of entertaining these warriors.”

The contingent embarked on their first major action on the Western Front that year, with large numbers of wounded arriving in England in April and May.

The hospital boasted two large huts, with one sponsored by the YMCA, surgical and electro-massage departments, sports teams, swimming baths and education classes.

In June 1919, the New Zealanders left Grey Towers. But their experiences would not be forgotten.