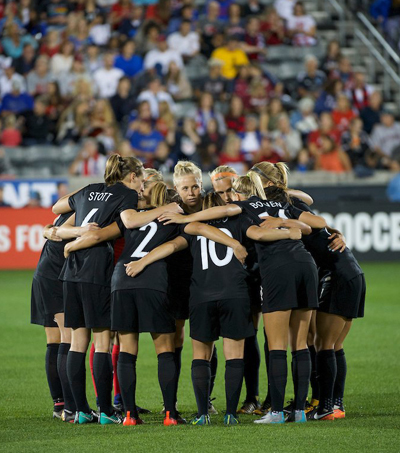 “New Zealand’s football body announced a new deal May 8 that gives the national women’s team the same pay and conditions as the men’s side, becoming one of the world’s first countries to do so,” reports ChannelNews Asia.

“Today’s announcement signifies that we as an organisation are committed to parity for the men’s and women’s game and to continuing the growth in all areas of our sport,” said New Zealand Football chief executive Andy Martin.

“No matter who you are, whatever gender, when you pull on a New Zealand football shirt you’re entitled to the same treatment and respect no matter what,” she told Radio New Zealand.

“In practical terms, the New Zealand deal means women will receive the same match payments, equal fees on image rights and a similar proportion of tournament prize money. They will also enjoy the same travel arrangements.”