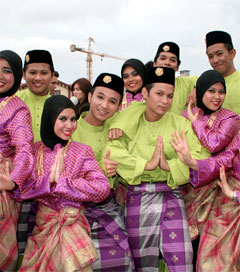 New Zealand a Multicultural Model for the EU

January 13, 2014 – Multicultural policies, like those adopted by the immigrant countries of New Zealand and Canada, may be exactly what European Union countries need, according to journalist Kait Bolongaro, writing for Al Jazeera.

“New Zealand’s history has been defined by waves of migration. From the Maori, to the British, to the newest arrivals from Asia, it is difficult to define who is a New Zealander. In fact, it is the government’s intention to create a rainbow nation of mixed origins where diversity is valued.

“If New Zealand and Canada can successfully implement multicultural policies, so can countries in the European Union. So far, most European efforts of multiculturalism have been quickly thrown out as ineffective after a short trial period. Multiculturalism is a long-term project that takes time to show results. It’s certain that in an era of mass-migration and more diverse societies, Europe needs more multiculturalism, not less.”