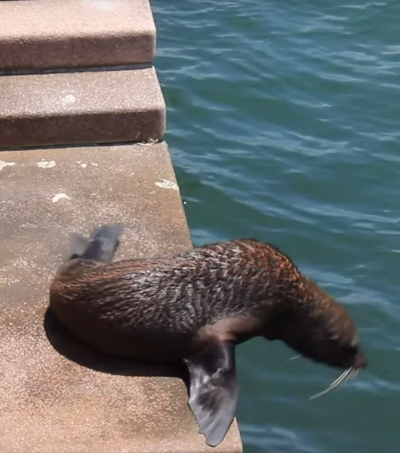 A young New Zealand fur seal has made the steps of Sydney’s Opera House his permanent home.

The New Zealand seal was first spotted on the stairs in October 2014.

“The Opera House may not have been a traditional haunt for seals but certainly the rocks on the point there before the Opera House was built probably would have been in the 1800s,” said Geoff Ross, NSW National Parks and Wildlife Service senior wildlife officer.

“What we are seeing with all the seals these days is a resumption of their traditional haul-out sites.”

Fur seals have been taken to the brink of extinction in both New Zealand and Australia – a result of hunting in the 1800s. In recent years numbers have started to increase again.