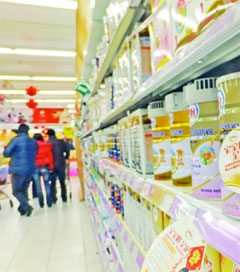 Thanks to an ever-increasing demand for milk powder, New Zealand’s exports to China rose 45 per cent last year superseding Australia as New Zealand’s top export market for the first time on an annual basis.

Figures released by Statistics New Zealand show that in 2013, China imported $8.1 billion worth of New Zealand goods, up from $5.6 billion the previous year. About 40 per cent of those imports were of milk powder.

The strong demand from China has helped boost New Zealand’s economic growth to 3.5 per cent, stronger than in most developed nations.