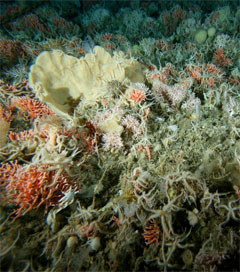 New Crustacean Species Could Unlock Secrets of the Deep

Scientists from the National Institute of Water and Atmospheric Research (NIWA) have discovered a new crustacean species in the Chatham Rise east of New Zealand, that may unlock the secrets of the deep sea.

NIWA scientists identified the sand-hopper as an ampiphod species that lived inside another organism known as a bryozoan or moss animal. Marine biologist Dr Dennis Gordon said the sand-hopper’s co-existence with the moss animal may be probably the only example of this kind of relationship in the world.

Dr Gordon said finding the sand-hopper is significant since little is known about relationships of organisms in the deep sea compared to marine life in shallower water.

New Zealand scientists named the new species of sand-hoppers as “tutus” which means “safe” while the new amphipod genus is Bryoconverson which means “living in Bryozoa.”