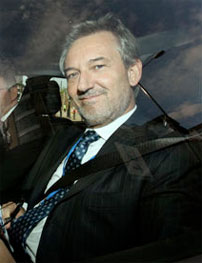 Mr Fix-it in the Running

Arguably the best-placed candidate to head News Corporation’s new publishing company is New Zealander Tom Mockridge, the safe pair of hands that Rupert Murdoch parachuted in to lead News International out of the phone-hacking scandal, following the resignation of Rebekah Brooks. The Guardian’s Mark Sweney continues: “Murdoch’s desire for an internal candidate to head the company puts Mr Fix-it Mockridge and the former Times editor Robert Thomson among those in the frame. Since joining the Murdoch empire in 1991, 56-year old Mockridge has risen through the ranks from Foxtel to Star TV and most recently running Sky Italia.”

Search for Life on Venus Could Begin at Rocket Lab