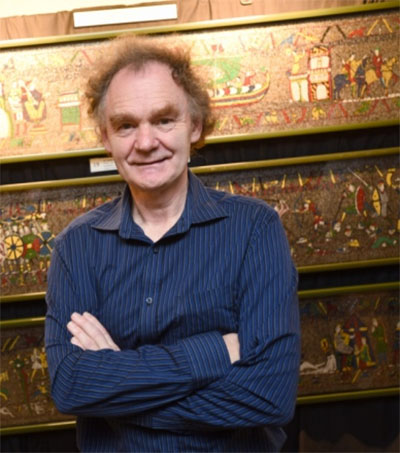 This exhibition is the latest in a long line for the piece which travelled from the artists’ home in New Zealand, to the UK last year for the 950th anniversary of the Battle of Hastings.

It also includes extra scenes that don’t feature in the original French tapestry.

It weighs around 64kg and takes over five hours to be hung in place for exhibitions.

The mosaic also contains around 60 mathematical puzzles for visitors to work out.

Linton, a textile technician by trade, began his creation in 1979 and said that he and his wife Gillian had “read everything they could” about the invasion and had attempted to “extract the truth” from the many interpretations.

The exhibition is on until 16 February.