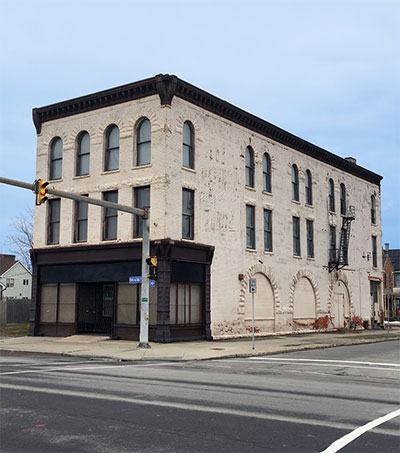 New Zealand-born architect Michael Anderson never thought he would call Buffalo, in New York State home, but after four years at university there in the late 90s, something started to grow on him.

At 6’8, Anderson didn’t always have plans to be in the design business. He played football and rugby, but fell in love with Buffalo’s classic buildings.

He looked at some of the old Frank Lloyd Wright homes and Kleinhan’s Music Hall, and saw something that had been lost.

“Up until the early 70s, maybe late 60s, Buffalo was a very contemporary architectural city,” Anderson said. “Something happened around about late 1960s early 70s, and that just stopped.”

His goal now, is to bring it back. Anderson’s firm, Abstract Architecture fuses old Buffalo with new Buffalo.

He’s all about home design.

“Today it seems that the mindset from a lot of clients is that I have to do a traditional Buffalo home.”