NZEDGE  >  News  >  Melanie Lynskey Finds Way Out of the Wilderness 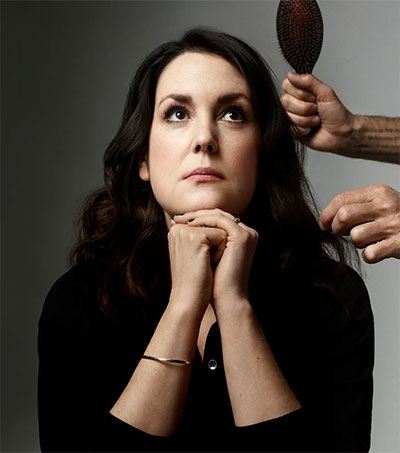 Melanie Lynskey Finds Way Out of the Wilderness

Melanie Lynskey was 15 when the producer and screenwriter Fran Walsh came to the lunchroom at New Plymouth Girls’ High School. She and Peter Jackson were going into production for their film, Heavenly Creatures, but hadn’t settled on an actor to play Pauline Parker – one half of the infamous matricidal pair of Christchurch teens in 1954. After the audition, Lynskey hung out at the cemetery with her friend Suzy who assured her she got the role. “I was like, don’t be ridiculous,” she tells Vulture magazine’s E. Alex Jung.

But Suzy was right, and Heavenly Creatures went on to premiere at the 1994 Venice Film Festival where it won the Silver Lion. It introduced Winslet to the world and established Jackson as a filmmaker to watch. For Lynskey, the movie came and went. Over the next three decades, she had to find her own way past damaging Hollywood ideas about women and their bodies as well as her own self-doubt and eating disorder, Jung writes. Slowly, that has changed. Her best roles often contain that seed of ferocity in Heavenly Creatures: a demure facade masking a roiling interior self, from Sundance indies like I Don’t Feel At Home in This World Anymore to the recent TV hit Yellowjackets, where she plays a suburban mom with a potentially cannibal past.

Lynskey, 45, says: “I’m more comfortable expecting that things are not going to happen.”