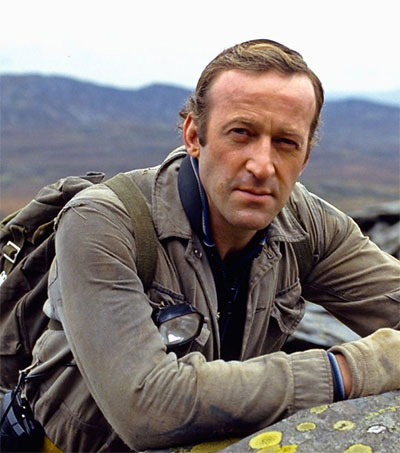 Celebrated television noir Edge of Darkness propelled New Zealand-born director Martin Campbell into the Hollywood big time. In a story featured on the UK’s Radio Times web page, Campbell, 76, talks about his “terrific” leading man, the intense location shoot – and the 15 endings that were written.

Regularly cited by critics as one of the best TV dramas of all time, and a launchpad for many careers, the celebrated BBC thriller Edge of Darkness is released on Blu-ray for the first time, on its 34th anniversary, Braxton writes for the Times.

An intense, brooding drama, its story of a detective’s hunt for his daughter’s killer escalating into a battle for the planet is more on trend than ever in our world of Extinction Rebellion and anti-government demonstrations. And a hundred series that followed bore its thematic and stylistic DNA – everything from State of Play in 2003 to this year’s The Capture.

So to what does the director Campbell attribute the drama’s success? “Bob Peck has a hell of a lot to do with it, he really does. He’s wonderful, and he also has a very dry sense of humour in it. Working with Bob was terrific. He just sort of had a hook on it.”

An established stage actor having put in the hours with the RSC, Peck had done very little television prior to his big break. But the appointment proved to be a masterstroke.

As for Edge of Darkness’ longevity – it always scores highly on lists of best-ever dramas – perhaps the anti-establishment dimension helps? “It’s always difficult to know quite why these things are so successful,” Campbell tells RT. “Whether the politics of the time still echo today … they probably do given the terrible things that are going on now, the amount of corruption and deceit and lies …”

Peck’s Bafta was among a haul of six for the programme, the others being best drama series, music (Michael Kamen and Eric Clapton), cameraman (Andrew Dunn), editor and sound.

Prior to his date with destiny, Campbell worked on other television favourites Shoestring, Minder, The Professionals, Bergerac and Reilly: Ace of Spies.

So successful was the six-part series Edge of Darkness on its first BBC2 broadcast that within ten days of its conclusion, the series was shown again in three parts on BBC1, doubling its audience to eight million.

Such was Campbell’s reputation that he was entrusted with overseeing two Bond reboots (GoldenEye for Pierce Brosnan in 1995 and Casino Royale in 2006 for current incumbent Daniel Craig), the fabulous Zorro romps Mask and Legend, and even the DC Comics adaptation Green Lantern (2011).

Campbell is still hard at work. “I’m doing a movie with Michael Keaton and maybe Samuel Jackson. I start the beginning of January. I then go on to a film with Liam Neeson. So I’ve got enough to get on with!”