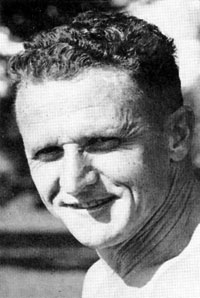 Arthur Lydiard, perhaps history’s premier distance-running coach and one of the first to promote fitness through jogging, has died aged 87, of a heart attack. He had been in the United States for a month on a lecture tour and had been coaching runners in Houston before he was stricken at a hotel. The New York Times described Lydiard as “a small, wiry bundle of energy and opinions, both of which he was quick to share. His message was that success in racing long and middle distances came from building stamina through heavy training mileage. His best-known New Zealand runners, all of whom came to prominence in the 1960’s, were Peter Snell, Murray Halberg, Bill Baillie and John Davies. For years, he was a prophet without honor in New Zealand. At the 1960 Rome Olympics, where, within a half-hour, Snell won the 800 meters and Halberg the 5,000, he was given no credentials, not even a free ticket. In 1964, when seven of New Zealand’s nine Olympic runners were his students, he finally received a Games credential. His training philosophy was aerobic conditioning: run far, but not fast. Track people call it L.S.D. – long slow distance – then back to the track for speed work before races. He told his runners that if they trained long distances and lost their breath, they would steadily increase the amount of oxygen their respiratory system and heart could process. The object, he said, was distance and stamina, not speed.” Arthur Lydiard was an original NZEDGE.COM Hero. See his story here. (24)