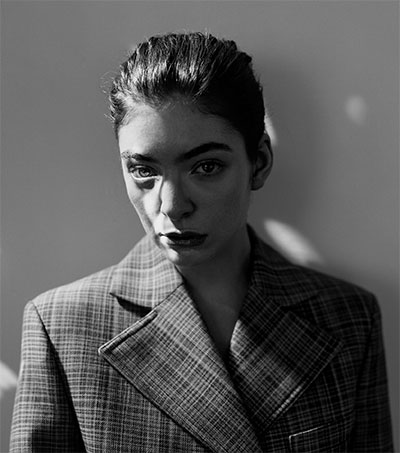 Lorde owns a house in Auckland, where she grew up, but for the better part of the last year she has been living at different hotels around New York, trying to finish her second album, Melodrama. She talks to New York Times Magazine contributing writer Jonah Weiner at a diner near Columbus Circle called Flame.

Lorde discovered the Flame by chance one night in 2013, during her first trip to America, lured by nothing more tantalising than the neon sign reading OPEN 24 HOURS.

The Flame played an important part in the making of Melodrama, she said: “I spent about four months here last year with my laptop out and my headphones on, listening to demos, looking at lists of what I needed to get done and writing songs. People must have thought I was an aspiring poet or something.”

Lorde has a sly facility with pop craft that often exhibits itself in curveballs. She likes self-reflexive lyrics, off-kilter rhyme schemes and other irregularities just pronounced enough to draw attention to her songs’ animating mechanics without breaking their spells. Even the rhythm of her career has been unpredictable.

In early 2014 she met Jack Antonoff, who plays guitar with the band Fun, and makes music on his own under the name Bleachers. They had a mutual friend in Taylor Swift, who hired Antonoff while making her last album, 1989.

Antonoff likes toggling between the intimate and the outsize, which suits the cathartic mode Lorde wanted to explore on Melodrama. They spent months working in the cozy recording space Antonoff built at the Brooklyn apartment he shares with his girlfriend, Lena Dunham.

Lorde’s songs reflect her generation not only in their lyrics but also in their shrugging relationship to genre. Formerly ironclad distinctions among musical styles have significantly melted away.

On the new album, that tendency toward cool detachment collapses again and again into a rush of outsize emotions. When I reminded her of the teetotalling behind Pure Heroine, she laughed. With Melodrama, she said, “I went to the party and got drunk.”